Last Monday Flicker Alley was lucky enough to be invited for the 10th anniversary of The Pickford Center for Motion Picture Study.  An archive so huge the house enough film to wrap around the world one-and-a-half times (about 250 million tons!).

The Academy of Motion Picture Arts and Sciences is investing $45 million over the next ten years to fund this historic endeavor.  They’ve even opened up rooms to store and protect historical film relics, such as Harpo Marx’s props, which are currently on display outside the Linwood Dunn Theatre, located in The Pickford Center. 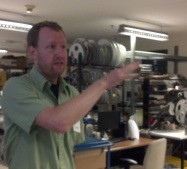 The Academy demonstrated some of the latest technologies The Academy is developing, such as LED lights that mimic the warm color temperatures of the much coveted incandescent lights in order to reduce film productions’ energy consumption or a new system to catalog colors for digital video in order to replicate the colors correctly.

The tour was wrapped up with the screening of A NEW YORK HAT (directed by D.W. Griffith, starring Mary Pickford and Charles Hill Mailes, 1912) and THE MARK OF ZORRO (directed by Fred Niblo, starring Douglas Fairbanks and Marguerite de la Motte, 1920) the original Douglas Fairbanks swashbuckler film that inspired the creation of Bob Kane’s Batman.  The very talented Michael Mortilla played the musical accompaniment, which enhanced this recently preserved film (courtesy of the Academy Film Archive and Film Preservation Associates).  After seeing this remarkable film fully restored you can see acting, action scenes and humor that separated Douglas Fairbanks from even the best of films of the time.

One of the most exciting endeavors, at least according to us at Flicker Alley, is the construction of The Academy Museum of Motion Pictures.  The museum, which will be located in the iconic Wilshire May Company on the corner of Wilshire Blvd & Fairfax Ave in Los Angeles, will be the largest film museum in the world and dedicated to show the history of this most influential art form.  You can find more information in the Academy’s pdf booklet here. 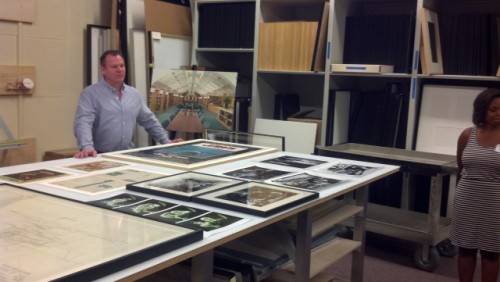 Thanks to those at The Academy who made this happen, Randy Habercamp, Michael Pogorzelski, Robert Reneau, Joe Lindner, May Haduong, Melissa Levesque, Daniel Brantley, Johnathan Harris, Heather Linville, Brian Drischell, and everyone else at the Academy Film Archive who made this possible.